Michael Curley has been an Allstate agency owner in Queens, New York City since 2005. Mike was recently elected to serve his first term on the Board of Directors. 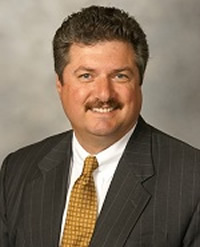 Garafalo purchased a declining Greenwhich, CT Allstate agency back in 2010. Through hard work and new staff, they were able to turn the agency around and make Honor Ring, Chairman’s Award and Inner Circle Elite.

Prior to joining Allstate in August of 1981, Michael was a series 7 and 63 licensed broker selling stocks, bonds mutual funds for client will retirement and college funding goals. Over time, he has worked as a wholesaler with the Pilgrim Group, with Kemper Financial selling 401k plans and Kemper Funds, GE Capital Company, and Axa/ Equitable group where he helped start the bank wholesaling channel.
Personally, Michael has served on the Little League Board in his town for 5 years, on the executive committee for 2 years working as a players’ agent, and the local Babe Ruth board for 5 years (where he helped raise money for all children to play baseball/softball who wanted to but could not afford to). He loves to travel to the beach with his family and plays golf whenever he has the chance.
Garafalo joined NAPAA in 2011 and has been an active member ever since. He looks forward to helping NAPAA and its members grow their businesses and hopefully have a better working relationship with Allstate corporation.

Debe Campos-Fleenor began her affiliation with Allstate in 2004 as an LSP, opening her own “scratch” agency in 2006. Debe joined NAPAA shortly thereafter and has served as both Executive Vice President and Treasurer. She is active in many groups and organizations, including the Allstate Foundation programs for domestic violence and teen safe driving. Debe has been awarded the Allstate Helping Hands Award several times, and has made significant contributions to the Allstate Giving Hands campaign. She was nominated for Woman of Influence in 2008.

Debe is a regular contributor to the Exclusivefocus magazine. An expert at locating marketing items available from the company, her presentations at NAPAA live events are always a big hit.

Ray Manfredi; FSCP, LUTCF, MBA, PhD is a Licensed Insurance Agent and Trusted Advisor since 1988, specializing in Estate Planning and Property & Casualty, he is often asked to teach the regional staff members at other agencies the Insurance Review and Customer Service / Retention techniques he is known for in the industry.

Married to Catherine since 1987 and proud father of two children, Thomas and Noelle, all of whom are active in the family agency. Ray is also an Author of several insurance industry training manuals and master networker.  When not working in his agencies, Ray advocates for children with special needs, serving on several foundations, community boards.  He is a volunteer police officer and an ordained minister, remnants of his earlier life as a USAF K9 Handler and a child actor turned stand-up actor/writer.  He holds several professional designations, as well as a master’s in business administration and a Doctorate in Metaphysics. You can reach Ray directly after hours via his personal cell (912) 223-3367, or through email: ManfrediInsuranceGroup@gmail.com 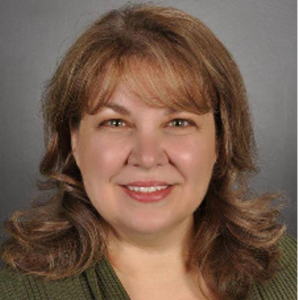 Melissa Johnson Crowdus is passionate about serving others; thus, she fell in love with the insurance industry.  She has been an Allstate agency owner for 9 yrs in E KY, plus recently served on the NAPAA Advisory Board.  She has a BBA in Management with an additional focus in Economics.

Prior to engaging in our industry, Melissa was a Senior Manager within a large national oil corporation successfully managing multiple divisions for over 15 yrs.  Her background is very diversified as she successfully developed departments such as:  Marketing, Customer Service, Gas Pricing, Fleet Sales, plus Corporate Affairs/Legal depts.

As an advocate for people with mental health concerns, she has served on various committees in Louisville and Frankfort, KY, and assisted with State funding for mental wellness.  Melissa’s motto in life has been “do the right thing” which has led her to become a member of NAPAA (advocating for agents).

Javier E. Najera is a native of El Paso, TX, and longtime resident of Arlington, TX, where he attended UT-Arlington from 1992 to 1994. In 1994, he became a licensed insurance agent and was a general agent for a small funeral home in Fort Worth, upon which he enrolled in Dallas Institute of Funeral Service, graduating in 1997. While there, he earned the Bill Pierce Award and served as president of his class.  That was the beginning of a 20-year career in funeral service as a funeral director, embalmer and crematory operator.

Javier’s agency is committed to helping Arlington residents and Texans all over the state with their immediate and long-term insurance needs. We’re eager to establish long-lasting relationships and provide the best customer service we can.

Javier and his wife have two daughters and two Shi Tzus, Snowball and Milo.  A very active member of the Arlington community, Javier has held numerous positions including member of the Latino Advisory Council at the Greater Arlington Chamber of Commerce, the current mayor’s Latino Advisory Committee, Director for the Arlington Margarita Society, booster club and dad club board member and president for various clubs from Pope, Shackelford and Lamar schools, and various citizen’s committees with Arlington ISD, including a member of the current broadcast team for Lamar High School football.

Javier continues to keep his funeral practice active, as his agency permits.  He is an independent contractor in this capacity with various funeral homes in the state of Texas. 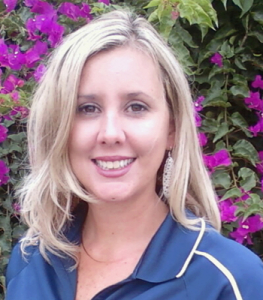 Stacey Romney began her Allstate career in 1992 as an LSP.  In 2013 she purchased the agency she had served for over 20 years.   In her 8 years of as an agency owner she has earned four Inner Circle Elite, one Circle of Champions, two National Conferences, and one Honor Ring awards as well as being designated a Top Commercial Producer all 8 years.

Venkatakrishnan (Krish) Parlikad  is a Mechanical Engineer by qualification and he also has a Bachelor’s degree in Law from India. He migrated to the USA in 2012 to be with his children. Having been a successful entrepreneur in India for more than 40 years , he wanted to start something of his own  at the age of 67 and ended up becoming an Allstate Agent in 2018.

Krish spent his life in India  among the progressives and liberals and was always fighting for the rights of the oppressed. This drew him nearer to NAPAA and  became a member  in 2018.

Krish is committed to the welfare of the Allstate agents and the staff. On a wider scale he is more interested in safeguarding the interest of the average consumer  who are his clients.

He is ably helped in his business by his efficient wife Raji. He has two children Uma, the elder daughter is a qualified Neurologist at Chapel Hill,NC and his son Mahesh  is a leading attorney in NYC.

This site uses cookies. By continuing to browse the site, you are agreeing to our use of cookies.

We may request cookies to be set on your device. We use cookies to let us know when you visit our websites, how you interact with us, to enrich your user experience, and to customize your relationship with our website.

Click on the different category headings to find out more. You can also change some of your preferences. Note that blocking some types of cookies may impact your experience on our websites and the services we are able to offer.

These cookies are strictly necessary to provide you with services available through our website and to use some of its features.

Because these cookies are strictly necessary to deliver the website, refusing them will have impact how our site functions. You always can block or delete cookies by changing your browser settings and force blocking all cookies on this website. But this will always prompt you to accept/refuse cookies when revisiting our site.

We fully respect if you want to refuse cookies but to avoid asking you again and again kindly allow us to store a cookie for that. You are free to opt out any time or opt in for other cookies to get a better experience. If you refuse cookies we will remove all set cookies in our domain.

We provide you with a list of stored cookies on your computer in our domain so you can check what we stored. Due to security reasons we are not able to show or modify cookies from other domains. You can check these in your browser security settings.

We also use different external services like Google Webfonts, Google Maps, and external Video providers. Since these providers may collect personal data like your IP address we allow you to block them here. Please be aware that this might heavily reduce the functionality and appearance of our site. Changes will take effect once you reload the page.